What is the Modern Mystery School?

The mystery school hands down powerful and effective tools and methods that empower you to have greater command over yourself and how you respond to any situation that life brings you. The Modern Mystery School brings ancient tools of empowerment forward in such a way that it can be readily adapted into your life and applied in today's world. One of the hallmarks of true mystery school is that it preserves the teachings and essence of the lineage, while also remaining adaptable to modern times.

Learn to Develop and Strengthen Your Own Direct Connection to Source

The Modern Mystery School helps people open up to higher realms in a safe way that has reliable, sustainable, and reproducible results. Rather than relying upon external sources that can become a crutch, the Mystery School teaches you how to create this opening from within anytime you choose. The power is in your hands! YOU ARE THE KEY! We teach you how to use your inner resources and innate abilities more fully and at will.

The mystery school is both spiritual and scientific; it is practical and transcendent, with a grounded approach to spirituality. The lineage has developed and preserved a deeper, more comprehensive understanding to the vast array of spiritual principles than what you will find in most other sources available today.

I can attest that even after 15 and more years of training with the mystery schools you can still be having deeper revelations, ongoing progression, and breakthroughs, as there truly is no bottom to the well of knowledge, understanding, and wisdom that the mystery school holds.

For more information on the Modern Mystery School go to www.ModernMysterySchoolInt.com

Why Study With A Mystery School? 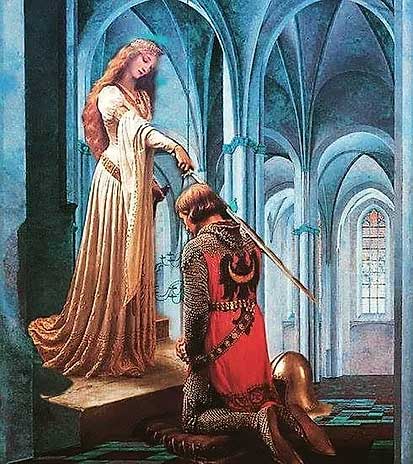 The mystery school path is about breaking out of and becoming free from all boxes or limitations, and coming to a place of embodying your full potential with balance and wholeness. Through the process of become more self-aware and empowered you can overcome the imbalances and negative aspects of your ego. With the powerful tools and methods taught by the mystery school, you can reduce stress and become more mindful and joyful in your everyday life. You can develop and experience more inner peace and increase your level of happiness in life. You can become a more clear vessel or conduit for true light, beauty, and empowerment to shine into the lives of others and this world.

By studying with the Modern Mystery School you to learn how to actualize the potential for greatness that you hold within. It really brings you into an integrated state of being that is more balanced between mind and heart, balancing “IQ” and “EQ”. This balance allows you to more fluidly act from your intuition and higher consciousness, increasing your “CQ”. It helps you to be more consciously at cause in your life by empowering you to more fully realize and expand your capacity to create every aspect of your life. The more you expand your capacity, the more you will achieve, and the more self-aware you will become.

Become Your Greatest Self

The Mystery School also gives you tools that bring you greater protection at all levels, physically, energetically, and spiritually. It really helps you become more of your greatest self, so that you can have more impact in the world. If you feel a calling to impact others, the mystery school offers a way to do so that truly makes a difference in the lives of people and supports their actual progression in life.

The Mystery School helps people feel full of life and inspiration. The work and daily use of the tools, really makes an impact by helping you get into a greater flow of synchronicity in you life. You will awaken to the miracles that happen in your everyday life and experience the joy of your purpose in life revealing itself more and more. 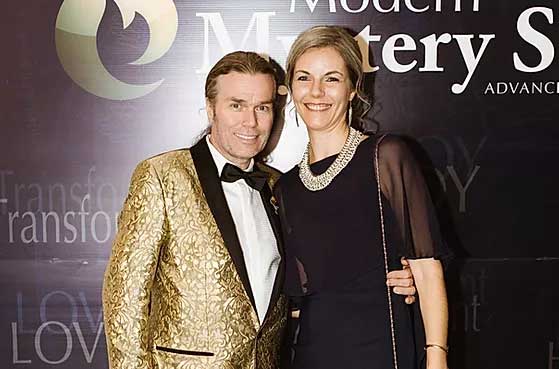 Dr. Theresa has long felt a deep calling to help make this world a better place. In 2001, while searching for a meaningful way to fulfill this calling, she stepped onto the path of initiation as a healer and teacher of the Modern Mystery School, a world-wide organization dedicated to the mission of world peace and the awakening of humanity. In her many years of working with this ancient lineage and its methods, she can confirm first-hand that these tools and teachings are powerful, genuine, and excel at catapulting people towards their greater potential. It is a path and lineage with a long tradition of guiding its initiates to becoming people of distinction, excellence, and dedication to spreading the Light.

Today, Dr. Theresa guides individuals and groups to reach their potential and become more successful in multiple areas of life. Her focus is working with people who want to be part of the mission to make this world a better place, while also striving to master themselves and live a richly fulfilling life. The people who are drawn to work with her know there is “more to life” and are ready to cultivate the mastery within to become their greatest self.

You Have All The Knowledge And Gifts You Need Within You

In the Modern Mystery School, we do not have typical teacher-student relationships. Rather, the teacher is there to serve as a reminder and to ask you the right questions so that you can discover your own answers. You have all the knowledge and gifts that you need already within you.

The role of a mystery school teacher is to serve as a guide on the student’s path of progression to remembering and turning on these gifts, honing your skills, and keeping on track with fulfilling your purpose and potential. You are remembering what you came to this life for, and we are helping to remind you and to stay true to that path. All the knowledge is within each person and they just need the keys to reawakening to that.

My experience with the mystery school is that they put the tools of empowerment into your hands and then it is up to you to put these to use and reap the benefits of your own efforts. Those of us who have, see huge results every time. When you use the tools in ways in which they were originally intended and handed down, then the power is truly in your hands. 95% of our ability to reach our potential and create our ultimate life is up to us and our own efforts. The other 5% is about having the right keys and methods to awaken that which is within us.

While it's not always easy, as challenges are the way in which we grow, those who persist and stay diligent in the work, are able to have truly lasting and sustainable results. In the Modern Mystery School, our mastery is something that we come to have full ownership of, and I wouldn’t have it any other way. 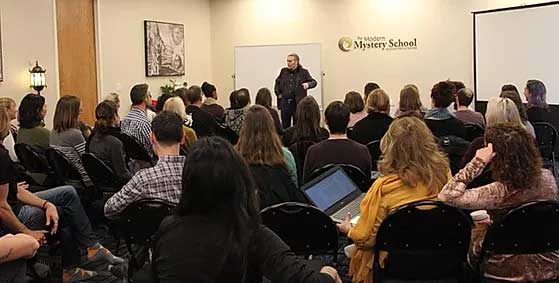 "All lineages have main key holders, individuals who hold and anchor the lineage on the planet and hold the authority to keep the door of the mystery school open to those who seek the Light."

The keys to the Modern Mystery lineage are held by three amazing initiates who have dedicated their lives to empowering people, spreading the light, and serving the mission of world peace. 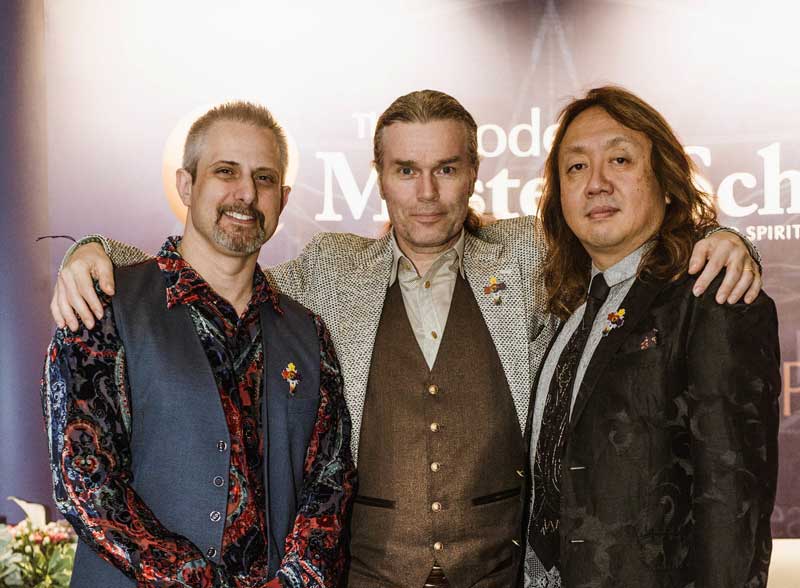 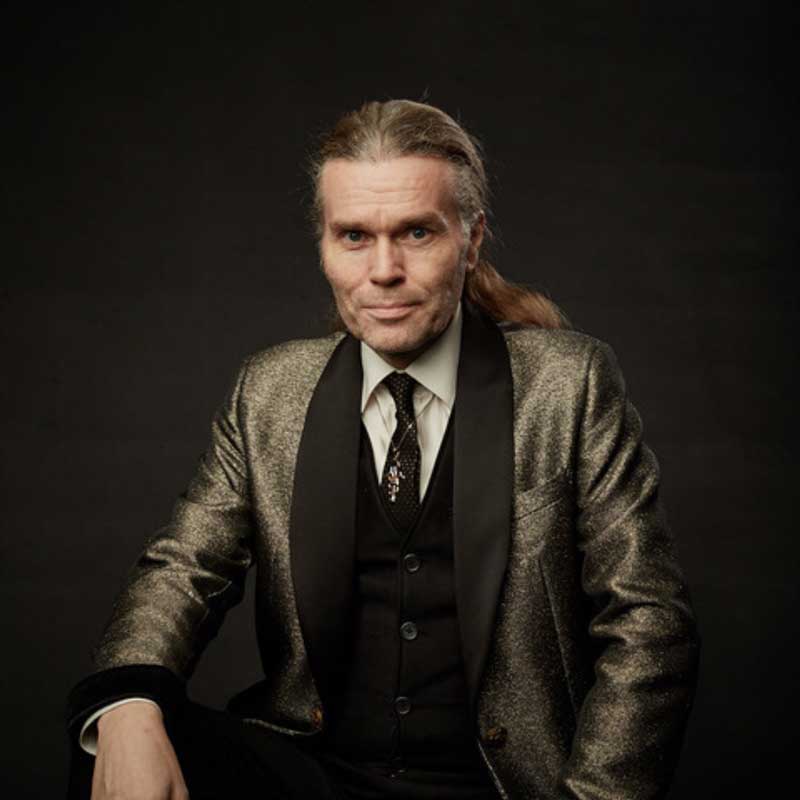 The Modern Mystery School was brought forward to the world by Founder Gudni Gudnason, one of the highest level initiates and key holders from the inner Mystery School lineage of King Solomon. He studied deeply in the Mystery School teachings of Europe, Asia, and Africa. As well as the Egyptian mysteries, the Knights Templar tradition and the shamanic traditions of the Celts, Druids, and Vikings.

Born into a royal family of Iceland, Founder Gudni was recognized from a young age by the masters of the hidden mystery school tradition in Europe. As he came of age in his teenage years, he was invited into a secret mystery school order, to deepen his education and be trained to master his potential. He trained with them extensively for over 15 years, while also traveling and being sent on missions to train in other with other masters and mystery schools in India, Romania, Africa, Egypt, Tibet, and more.

​In the mid-90’s Founder Gudni was instructed to move to North America in order to bring the teachings to the the world. In 1997 the keys to opening the doors to the mystery school, were passed over to him, with the message that “Now is a time of NO MORE SECRETS”. From that point on the teachings, activations, and initiations have been available to all those who seek true light, knowledge, and empowerment.

My experience of working with Founder Gudni, since 2001, is that he truly is a modern day renaissance man. He is a master of deep wisdom who teaches you how to truly achieve mastery of your own mind and potential. He shows the way for you to achieve your own enlightenment, rather than trying to be a guru. He has dedicated his life to being someone that empowers others to their highest potential. It has been a huge honor to study and train with Founder Gudni, as well as to now help carry these teachings out into the world and spread the empowerment to others.

Founder Gudni’s mission has been to hand down the tools, knowledge, and empowerments of activation and initiation in the lineage in order to awaken the inner gifts within each person, and as more people come to a place of inner peace, we can together bring outer peace to the world.

The Modern Mystery School is now in almost 55 countries around the world including: Japan, Europe, South Africa, Canada, Israel, Brazil, and other regional centers in many of the major cities of the United States.